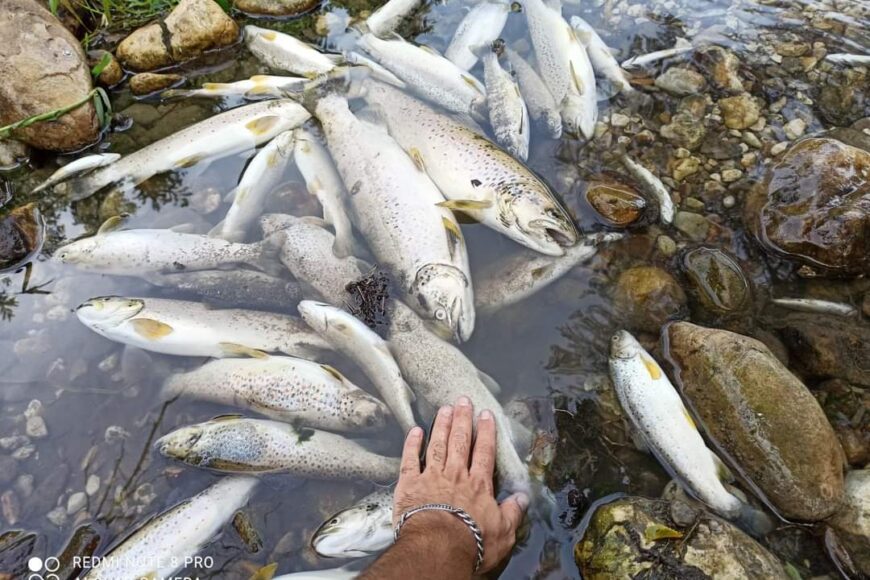 The dying fish and the numerous carcasses found in the Cavaliere river by FIPSAS in recent days represent an alarm signal for possible criticalities in the waterways of the Isernina area. It will be the task of the Isernia Zooprophylactic Institute to establish the causes of fish deaths, but it is easy to think of a phenomenon due to the spillage of pollutants that are heavily toxic to the fish fauna.

A very serious event, as this river is also affected by our NatSalMo project.

“The death of fish in the Cavaliere river is the tangible expression of a concrete and hardly recognizable danger that puts the ecosystem and biodiversity at risk, risking to nullify the progress made for the protection of native species with the European projects that gravitate on this ‘area. – declared the director of Legambiente Molise Andrea De Marco – We hope that we can quickly shed light on the responsibilities and that such events never happen again. For our part, we will keep our eyes open, offering as always our willingness to work together for the good of our territory ”.

Any cookies that may not be particularly necessary for the website to function and is used specifically to collect user personal data via analytics, ads, other embedded contents are termed as non-necessary cookies. It is mandatory to procure user consent prior to running these cookies on your website.